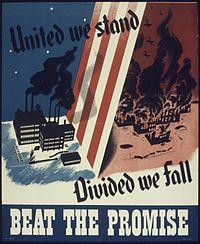 – Get into a happier rhythm at work –

Drumming has been used for centuries to send messages, create bonds and promote unity within groups. It has also been found to reduce stress and to “tune” human biology in positive, life-affirming ways.

Now its therapeutic benefits are being channelled in a new direction – to improve motivation and communication in the workplace, to wow delegates at conferences and company gatherings and as unusual way of encouraging employees to let off steam after a gruelling meeting or an intensely busy period at work.

Drum Cafe is one of the oldest providers of corporate drumming workshops. It was formed in South Africa over 20 years ago by Warren Lieberman and Brett Schlesinger as part of an interactive experience at a music venue there. They were subsequently approached by a number of companies that wanted private sessions for their employees. That has since evolved into an international business that has run more than 50,000 events in 65 countries.

“We’ve worked with every kind of company and with numbers from 10 to 6,000,” Schlesinger says. “Drumming can be a terrific ice breaker, a great energiser and an easy way of connecting people. No skills are needed and I think what surprises people is just how quickly a group can get into a rhythm together and make a really big impact.”

Drum Cafe’s client list reads like a roll call of blue chips, and includes Microsoft, Dell, BMW, Shell and Unilever. The company has been to Ireland more than 20 times.

Schlesinger says drumming creates a real buzz among jaded audiences that have heard one too many motivational speakers and eaten one too many canapés at big corporate events over the years.

“It’s really interesting to see people’s reactions when they come into the room and see the drums on their seats,” he says. “Yes, it takes them out of their comfort zone and they are a bit apprehensive at first. But they are also attracted by the novelty and the fun element. And when you get them going, the feeling in the room can be absolutely electric. I can tell you, when that happens, it’s an event or a conference they won’t forget in a hurry.”

While the drumming is fun, Schlesinger says it can have a serious purpose allied to corporate objectives such as improving relationships within teams, closing the gap between management and employees, breaking down barriers and helping employees to embrace change or to understand how a new skill or process is learned.

He also says his company has seen a shift in mindset in the 10 years since the financial crash, with companies now really keen to engage their employees.
Drumming can create a real buzz among jaded audiences

“Companies have become more concerned about making people feel part of the organisation and part of the team and making that meaningful. They want people to feel better about working there,” he says. “They use us to help get that message across, whether that’s in a quick session that lasts 20 minutes or one that goes on for a few hours. The energy levels it generates are high, very similar to something like paintball, in fact.”

Schlesinger points out that, when someone is drumming, they can’t be doing anything else – an unusual experience for many these days with always-on technology.

“The number one enemy of a conference or corporate event is the mobile phone,” he says. “People are constantly looking down, and getting their full attention is really difficult. But you need two hands for drumming so for that period they are in a technology-free zone, which is surprisingly positive.

“One of the comments we hear over and over is how alive and connected they felt [in a human as opposed to a technological way] to themselves and to other people after a drumming experience.”

Tania Lancaster, strategy employee engagement lead at Accenture, says her organization used drumming recently to mark the start of a new financial year and the launch of a new strategy.

“The room would have been made up of about 250 people, from analysts through to senior managing directors,” she says. “The day had been pretty full-on, and I was looking for something to finish it off on a high and get people feeling they were energized to deliver our new strategy and were part of a team/family.

“The three guys who came along [from Drum Cafe] were amazing. We only had a 25-minute slot but they still managed to work their magic. Everyone had a brilliant time and there was great camaraderie after it. People said they felt really energized to undertake the work ahead. It also humanized us, I think.”

“Rhythm connects both sides of the brain and drumming is very participative and satisfying and people work together to create something that is much bigger than the sum of the parts.”

Drumming can have positive effects on your health and may help with many conditions from stress, fatigue, and anxiety, to hypertension, asthma, chronic pain, arthritis, mental illness, addiction, and even cancer.

Here’s why drumming is good for you:

1 Makes you happy. Participate in a drum circle or take a cardio drumming class and you will see how happy it makes you. Drumming releases endorphins, enkephalins and Alpha waves in the brain, which are associated with general feelings of well-being and euphoria.

2 Induces deep relaxation. In one study, blood samples from participants who participated in an hour-long drumming session revealed a reversal in stress hormones.

3 Helps control chronic pain. Drumming can certainly serve as a distraction from pain. And, it promotes the production of endorphins and endogenous opiates, which are the body’s own morphine-like painkillers.

5 Creates a sense of connectedness. Drumming circles and group drumming classes provide an opportunity for “synchronicity” in that you connect with your own spirit at a deeper level while also connecting with other like-minded people.

6 Aligns your body and mind with the natural world. The Greek origin of the word “rhythm” is “to flow.” Drumming allows you to flow with the rhythms of life by simply feeling the beat.

7 Provides a way to access a higher power. Shamans often use drumming as a means to integrate mind, body and spirit. They focus on the whole body and then integrate the healing at both the physical and spiritual level by drumming, which connects spiritual forces.

8 Releases negative feelings. The act of drumming can serve as a form of self-expression. You can literally drum out your feelings. When held, negative emotions can form energy blockages. The physical stimulation of hitting the drums can help remove those blockages. Drumming has even been used therapeutically to help addicts deal with their emotions.

9 Puts you in the present moment. While drumming you are moving your awareness toward the flow of life. When you are flowing with the rhythm of life you cannot be caught up in your past or worrying about your future.

10 Allows for personal transformation. Drumming stimulates creative expression. When you drum in a group, you not only get to self-express, but you get feedback from the other drummers.  It’s the equivalent of talk therapy! Drum circles provide a means of exploring your inner self, and expanding your consciousness while being part of a community.

Have you ever tried drumming?

United we play, devided we pray